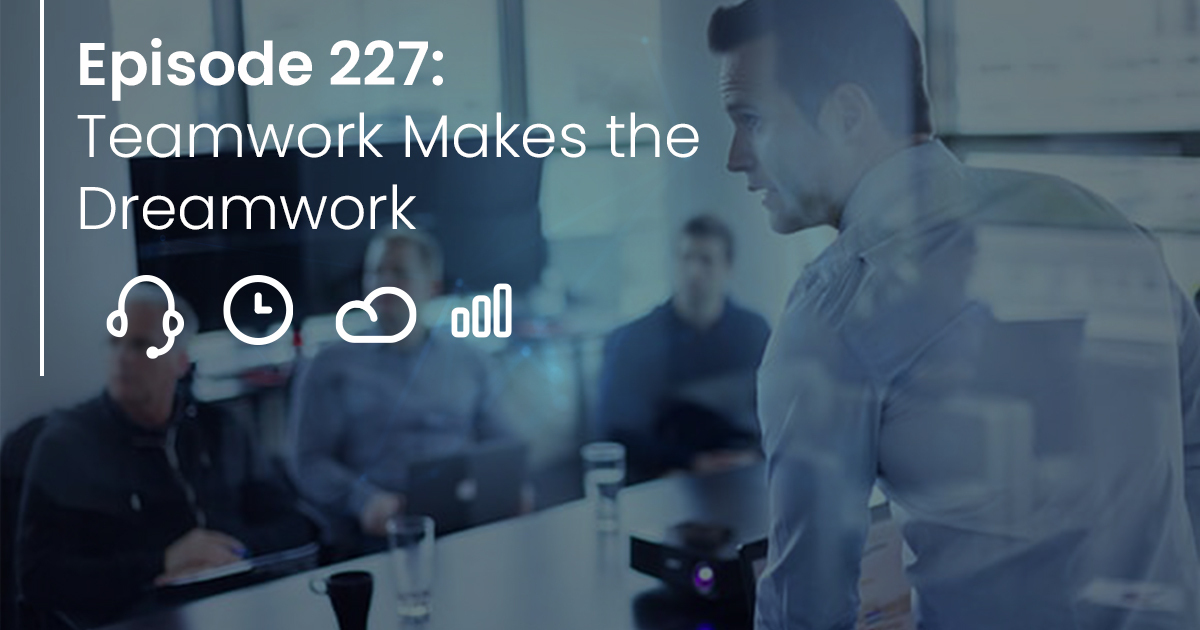 Many MSPs have this problem where their employees prefer to work in their own silos. They would rather come into the office, work independently on a ticket, and call it a day. However, when everyone is working in their own silos, it diminishes the opportunity for those employees to build relationships with each other or with their clients. What could happen within your MSP if the team adopts a more collaborative approach?

First, let’s talk about why silos exist at MSPs in the first place. MSPs are good at escalation, delegation, and filtering to the right entity. As a result, when the MSP becomes so efficient at their operations, the handoff between teams becomes so seamless. Employees are able to remain in their silos because there isn’t a lot of interaction needed between teams during the handoff; they simply put the task into the next team’s queue. However, the lack of a human element leads to the absence of a relationship, which ultimately causes a lot of grumbling between silos. We as MSPs need to focus on leveraging our teams so that they are working together with their unique skills and getting the job done.

Another aspect that MSPs should consider is how they view the business user. Do you see them as part of your team? You have your engineers, technicians, and account managers, but what about the end user from accounting or the key stakeholders? These people are typically seen as outside the team. Imagine if they were part of the process of making solutions for your client!

Let’s go back to the beginning of the MSP business model. We went to companies and told them they could save money by hiring us rather than hiring new employees. They would agree because after all, it makes great business sense! However, once this was done, the MSP would often separate themselves from that business’ team, which in turn caused things to begin to break down. We need to go back and tell our clients that we want them to be a part of the team so that together, we can succeed.

When your client is a part of the conversation, they will become your advocate. Explain to them what you’re trying to sell them. For example, don’t tell them that you need $30,000 in order to implement this feature and that technology – that doesn’t mean anything to them. Rather, tell the client that if they take advantage of this upgrade, they’ll be able to benefit from something the company wants, such as the ability to work from home. The client will then go to the company’s decision-maker as your advocate and make the pitch for you, all because they were a part of the process.

In conclusion, identify the silos in your company and focus on bringing those silos together. Ask yourself who you do not speak to, but rather hand things off to. Those are your silos. Break down those silos and stop treating your client like they’re some other entity. Treat them like your team, and you’ll see increased profits and a successful year.

You can also listen to our podcast on Spotify and Apple Podcasts. Please follow us on your favorite medium for more great advice.

The new year is coming and we are starting it off with new content! In the new year, we really want to focus our attenti...